A Journalist Visa is granted to those foreign journalists, regardless of whether they are traveling India for tourism or any other purpose. This visa may also grant to those professionals who fall in these categories or fulfills the eligibility mentioned below:

Validity and other conditions

A journalist visa is a sub-category of an Indian visa that grants for the duration of three months. However, the same visa grants with six months, with a single and double entry, in very rare cases. The visa also may come with multiple entries only when the applicant gets prior approval from the Ministry of External Affairs.

Family members who are accompanying the applicant may be given an appropriate documents be able to get dependent visa with the same validity as the journalist visa holder for the same duration.

On entering New Delhi, India, the applicant of the Journalist visa is advised to contact with the External Publicity Division of the Ministry of External Affairs so that he or she can get the complete support from the authority. If the applicant is coming to any other places, then he or she needs to contact the office of the Government of India’s Press Information Bureau.

A foreign journalist, TV cameraperson, media person, news broadcaster, reporter, writer, columnist, photographer, and other professional personalities are coming to restricted areas (Jammu & Kashmir and the North-Eastern locations), including a foreign journalist already who is based in India, desires to visit in the protected areas should apply for special permission through the Ministry of External Affairs (External Publicity Division).

If any such request is coming directly by a State Government or any other authority to grant a special permit, then the applicant needs to show all the documents and referrals on the application to the Ministry of External Affairs (External Publicity Division) including a copy to the Ministry of Home Affairs.

An overseas journalist coming to India on a short-time period and wanting to head on to constrained or restricted areas of Jammu & Kashmir or the North Eastern States is informed to apply for a permit within the prescribed form by an Indian Mission.

If any foreigner who is coming to India for shooting a documentary film or advertisement film or taking photographers will have to process in the Ministry of External Affairs (External Publicity Division).

Documentaries that don't maintain touchy topics/ areas might be cleared via the External Publicity Division of the Ministry of External Affairs. However, the Indian Missions will need to issue Journalist visas to the crew after obtaining clearance from MEA. With the Ministry of External Affairs’ permission, the clearance for a documentary from the perspective of the external publicity Division needs only. The authority also needs to permit neighborhood clearances, wherever required such as from An Assistant Sub-inspector (ASI) or a none-gazette police officer, municipal authorities, etc.

As per their policy on such filming or photography, must be acquired through the producers straight from the authorities involved.

Prior approval of the Ministry of Home Affairs is required to be received in circumstances where the filming or shooting is going on or will be carried out in areas that are restrained or protected. These areas which are near to border needs to allow defense installations and also other important strategic needs to carry out such as national parks and wildlife sanctuaries.

The applicant needs a prior clearance of the Ministry of Home Affairs, line Ministries/Departments, and the State Governments/ UT must bring when the proposed documentary offers with sensitive problems or issues. In such circumstances, the Ministry of External Affairs needs to head on to the issues for clearance from the Departments / Ministry's concerns. Indian Missions shall make certainty or ensure that visas for such proposals are issued or granted only after acquiring final clearance from the Ministry of External Affairs (MEA).

Indian Missions or Posts will approve or grant you the Journalist Visa for a preliminary stay of three months with (multiple) or Triple entry to correspondents of foreign newspapers, organization, news companies, and media and so on who are coming to India as resident representatives of their organization, newspapers, television businesses and so on., and who shall be making use of for accreditation to the press information Bureau in New Delhi.

On receipt of clearance from India, Embassy will grant a ‘No Objection’ for the documentary to the visa holder. Documentary Visa application could then be submitted to the Consulate with a duplicate of Consulate’s ‘No Objection. Once the applicant receives a receipt of a permit for filming, Consulate will grant a ‘J’ (Journalist) Visa to the crew members or staffs who are coming to India for shooting.

Documentary filming isn't permissible on any other types of visas such as Tourist or business visas. The member of the organization who is coming to India from foreign for shooting a feature movie/Realty show/industrial television show, are informed to apply for a Business Visa and not Journalist Visa.

Journalists or interns who intend or desire to travel to India to work in Indian media organizations or companies must follow for Employment ‘E’ visas.

E Visa applicants are required to submit their following document which is written below:

Note: Duration of Visa or the number of entries in India is purely the discretion of the Indian Embassy, or Consulate has no role in order to make any approach or process. The applicant has to observe and realize that Visa will not be a subject of right, and, hence the Embassy / Consulates might deny the visa if no longer observed the eligibility / or does no longer have adequate supporting documentation. If the process is not matching according to the demand from the authority will not grant a journalist visa if you request more days or time in India. So, provide your details and information before you submit your application, and must pay your application process amount. There will be no clarifications on this regard, and the resolution or decision of the Embassy / Consulate will probably be final. 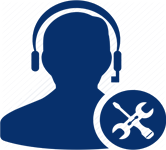 The nation believes in eradicating the gap of countries with a reforming bridge of immigrant policy to boost humanity and kindness. Read More